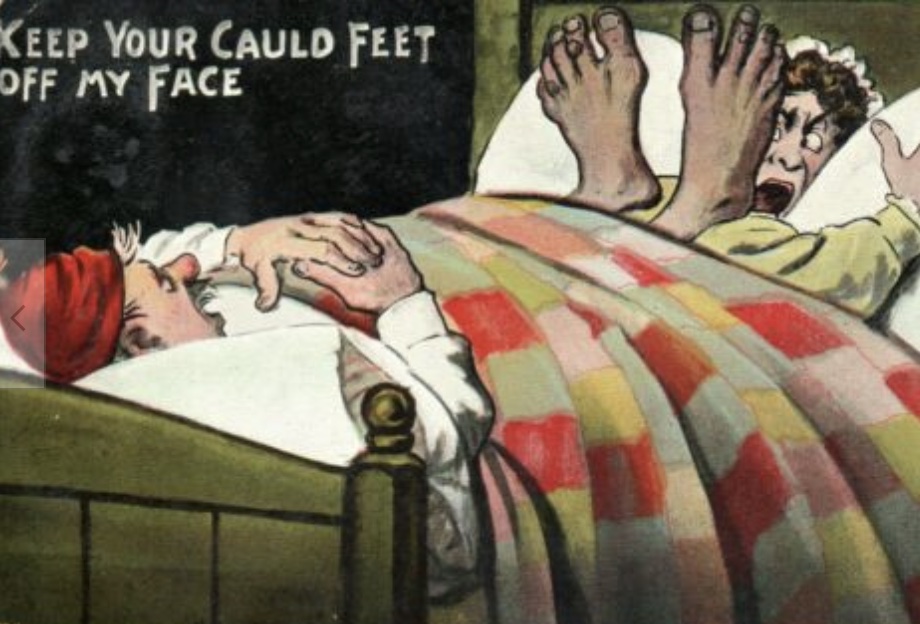 Sleeping arrangements in bygone times could see servants sharing a bed with their employer. As this curious 1835 inquest hearing records.

Court cases, including inquests, from the 1800s don’t just give an idea of individual’s (often tragic) lives, they are also interesting from a social history point of view.

One aspect of life that may surprise modern readers is sleeping arrangements. We can imagine that where large families were crammed into small homes in industrial towns and cities, that the children had to share a bed. But it went beyond that – and in rural areas too, living space was at a premium.

As this tragedy from 1835 illustrates – along with a lot more.

(Starting with the fact that despite the above header, newspapers in the 1830s didn’t have headlines as we know them today).

An inquest was held in the Cumbrian hamlet of Bolton Wood Lane early in November 1835, on the heavily pregnant body of domestic servant Ann Stewart, who was just 21 years old.

Poor Ann had taken arsenic ‘when in a state of temporary derangement’ (as the inquest verdict put it. Suicide may have been criminal offence (you can read more about attitudes to suicide down the centuries in this post), and Ann Stewart had ended two lives by her act. But the sympathy of the inquest jurors and coroner William Carrick were firmly with Ann Stewart and against the family she served.

Ann Stewart took the arsenic on a Sunday evening and would have died pretty soon afterwards. But no one in the household noticed for about 14-16 hours – despite the fact she was sharing a bed all that time with her seducer’s mother. The sleeping arrangements weren’t questioned at the inquest, so were presumably not considered unusual.

There were five people sharing the house at Bolton Wood Lane. Head of the household was John Porter. Also living there were his mother, aged ‘about 60’, a man servant, a ‘parish boy,’ and Ann Stewart.

The full title of Charles Dicken’s famous novel helps explain what a parish boy was: ‘Oliver Twist, or the Parish Boy’s Progress’. The unnamed lad in question was simply an orphan who had been in the care of the local church (parish).

Back to the Porter household

The inquest report tells us that John Porter’s unnamed mother

spends the greater part of her time in bed and is much addicted to drinking.

John Porter seems to have liked a drink or three as well, but in the local pub. Whether Ann Stewart was in love with him, we will never know. But as she was ‘in her usual health and spirits’ on the Sunday afternoon, the relationship with her employer would seem to have been consensual.

It was only after following him out of the house that evening that her mood changed. Someone – either the man servant, the parish boy, or both, noted she was then ‘very dull and dejected.’

Had John just rejected her, said he wouldn’t marry her? Had he said something to make her fear what would become of her and the baby?

At about 10 o’clock on the Sunday evening, Ann Stewart was heard retching and vomiting in her master’s bedroom. When John Porter came home, between one and two on the Monday morning,  he went to his room. She ‘desired him to go out’. And he immediately went to the adjoining room and slept with the man and boy.

What Ann Stewart did for the next hour isn’t clear, but about about 3am, she went downstairs to the parlour

in which she usually slept with her master’s mother.

Dead, and no one noticed

At about 9am on the Monday, the parish boy took Mrs Porter her breakfast in bed. He spoke to Ann Stewart, took her silence to mean she was asleep… and that was that. He took Mrs Porter food and drink in bed several times during the day, but neither he, nor Mrs Porter noticed that poor Ann was dead. John Porter, meanwhile, lay in bed till the afternoon – till he got up and went to the nearby pub. Ann was heavily pregnant with his child, and had been horribly sick in his bedroom the night before, but he didn’t show any interest in her at all. Till around 5pm-6pm, when the parish boy finally realised that Ann was dead and John Porter, still in the pub, was notified.

‘either too drunk, or too stupified to notice the condition of her unfortunate bed-fellow’.

Who was Ann Stewart?

An Ann Stewart was baptised in 1814 in Carlisle, to a William and Esther. There’s a William (ag lab) and Esther in Brisco in 1841, in their 60s, with perhaps granddaughters, Elizabeth 11 and Sarah, 1.

Who was John Porter?

There is a John Porter on the 1841 census  Bolton Wood Lane. He is 30, so born about 1811 – and he’d have been 25 to Ann’s 21 when she died. He is living on his own, ‘of independent means’. With no clue as to his mother’s Christian name, there is no way to find her: perhaps her sad life of laying in bed and drinking heavily had taken its toll by then.

(A much-older John Porter, yeoman, of Bolton Wood End, died in 1824, but if John was his grandson, he didn’t leave him anything).

In 1851, he is still in Bolton Wood Lane – ‘landed proprietor’ – lodging with a young farmer and his household. And after? Who knows? He was still single at 40, having lost his chance of marriage and fatherhood by whatever happened when poor Ann Stewart followed him out into the night.

Not THAT John Porter

Looking for John Porter, I noticed a John Porter, innkeeper, at Red Dial – but soon realised it couldn’t be him. Back in 1835, the honest innkeeper also found himself mistaken for Ann’s lover – and wrote to the Carlisle newspapers to make it clear he was not only NOT John Porter of Bolton Wood Lane, he was in no way related or connected to him.