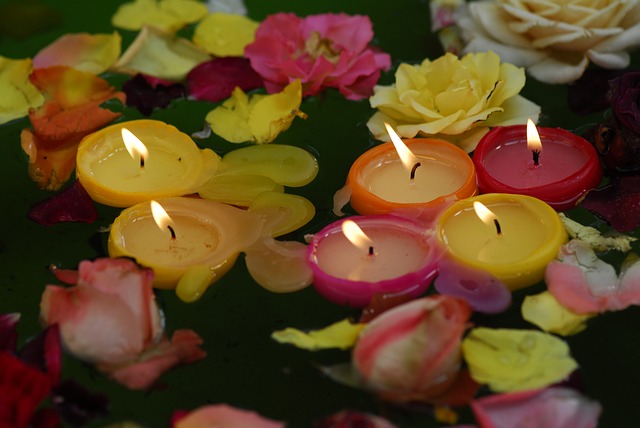 Attitudes to suicide is a tricky topic to cover. I have seen the impact it can have on those ‘left behind,’ and witnessed reactions and attitudes in modern Britain.

This piece on attitudes to suicide down the centuries is factual, but some of those facts are distressing.

Times were tough in April 1837. There was an appeal for subscriptions to help the poor in Carlisle, where wages had been “much reduced of late and the price of every necessary of life much augmented.”

In Kendal, trade was “exceedingly dull,” especially in the ‘fancy waistcoating trade,’ where things hadn’t been so depressed since 1825. Weavers had been ‘entirely unemployed for some weeks’.

Meanwhile, the city’s Watch Committee were looking to auction off two fire engines, and; a rag-bag of clothing, taken from convicted thieves.

There were also reports of inquests. It is always hard for reporters to cover inquests. On the one hand, they are legal procedings and need to be open for the world to see, in the same was as court cases. Justice must be SEEN to be done. On the other, there is the balance to be found between reporting the facts and considering the feelings of those left behind.

In the case of suicides, coroners today will go for ‘open’ verdicts if there is any possibility at all that the death wasn’t a deliberate act with that intent. From a legal point of view, this is a question of the burden of proof.

As I’ve always understood it, from a practical point of view, this means grieving loved ones at least have a chance of getting a pay-out from any life insurance policy the deceased may have had.

Attitudes to suicide : sympathy – and indignity

Up until 1961 (in England and Wales), committing suicide was illegal.

It was one of those laws that no one had got round to repealing, more than anything. Obviously, only failed suicides could be prosecuted, and you would have to be pretty heartless to take someone to court for attempting to kill themselves.

That sympathy showed itself in the 19th century, where coroners/juries would more often than not record successful suicides with the wording such as “while the balance of his (her) mind was disturbed”.

“Temporary insanity” suggested the person couldn’t help what they had done. This may have been because suicide was viewed as an “act of madness”: something no sane person would do.

It may also have been an act of kindness to those left behind.

Until 1870, if a man committed suicide, his family were stripped of their belonging, which were forfeited to the Crown.

As well as reducing his widow and children to poverty, there was the indignity of being denied a regular Christian burial, in consecrated ground. Prior to 1823, the deceased could be buried at a crossroads (possibly with a stake through their heart).

After 1823, they would be buried in a public burial place, or unconsecrated ground by a churchyard – but at night, and without a Christian burial service.

It wasn’t until 1882 that an Act allowed for daytime burials, with religious rites.

The ‘temporary insanity’ verdict would still bring shame on the surviving family, but better that than the treble shame of suicide. ‘Treble’ because as well as being stripped of property, and buried in the dark, suicide carried a terrible stigma.

In 1802, when an elderly man named Peter Harrison cut his own throat with knife in Cockermouth, the verdict was the old Latin one ‘felo de se’: ‘felony on self’. This despite the jury being told Mr Harrison had expressed his desire to live before he actually died. His body was ‘to be deposited in the churchyard without the burial service or the tolling bell’.

This was better than the public highway, which features in inquest reports from other parts of the country.

And if anyone suggests the stake though the heart concept belongs to truly ancient history – the Stamford Mercury reported it being used in 1807 after a farm servant hanged himself. Other cases of the stake being used can be found in 1810 and 1818, 1822, and 1823. The last, Hannah Rowbottam of Lincolnshire, presumably being one of the last to suffer such a sad indignity.

When William Rome, a warper and well-known musician, cut his throat in a field near St Nicholas. Botchergate in 1833, the verdict was ‘temporary derangement’. He’d been depressed for some time, but was otherwise sober, industrious, inoffensive and much-respected. It may have been this or the fact he left a large family that led to the ‘derangment’ verdict.

In April 1837, an inquest jury at Bleath Gill, Westmorland, took just a few minutes to rule that  Sarah Ferguson, 74, had fully intended to kill herself when she bought and drank a phial of laudanam.

She had bought it that day for 6d and after drinking it, told her 11-year-old granddaughter she would soon be dead.

Their verdict was felo de se.

The coroner, R S Stephenson, gave directions for her to be buried at night, between the hours of 9pm and 12 o’clock, without the performance of the burial service. It’s unlikely she had any property (or dependants).

The Rev John Gill, minister of the Methodist Chapel at Ulverston, put paid to his own life with a penknife in October 1837. The verdict was ‘temporary insanity’.

There are no mention of burial restrictions in the report of the inquest.

As for prosecuting people for attempting suicide, it seems the main concern of authorities was always to stop the person trying again. As in the case of ‘a man named Hind’ in May 1838. Hind, of George Street, Whitehaven, jumped off the North Pier into the sea. He was pulled out – and placed under the care of the keeper of the House of Correction to prevent him from trying again.

Over in Newcastle, crime figures for a ten-month period in 1838 show of 2,067 cases dealt with by magistrates, there were only two prosecutions for attempted suicide – and both were acquitted.

Someone in 1805 prescribed a mixture of ivy juice and asafoetida as a ‘cure’ for insanity. (You can read what asafoetida is here ). Ivy is toxic and more likely to cause laboured breathing, convulsions and coma than cure anything.

Attitudes to suicide in the Press

While in 1819, the Carlisle Journal, in a piece on politics, used the analogy: “…would be a worse crime than committing suicide.” ie ‘terrible indeed’.

Despite the stigma, there are hints of sympathy in some cases. Margaret Rennier was just 21 when she hanged herself in her father’s house at Brampton in February 1838. (Verdict: insanity). She was ‘a respectable young woman’ suffering (it would seem) from post-natal depression.

In fact, while it may have been a ‘terrible crime,’ 19th century newspaper reports refrain from comment in reporting suicide cases. (They also avoid sensationalism, the exception being where suicide is the last act of a murderer). Newspapers then didn’t really have headlines, but prefaced stories with short ‘kickers’ such as ‘melancholy suicide’ and ‘distressing suicide’.

In 1841, during the inquest into the suicide by arsenic, in Carlisle, of 20-year-old Ann Angus, it transpired she had been let down in love by a Samuel Boustead (who was around ten years her senior). He was examined, and his conduct towards Ann Angus drew strong expressions of disprobation from the coroner and jury.

(Having spurned Ann’s hopes of Gretna Green, Samuel Bowstead married a Charlotte Relph, in 1844. She was also about ten years younger than him).

The press couldn’t resist a ‘good story’ totally, though. Also in 1841, the suicide by hanging of John Thompson, aged 79, of Great Salkeld, could have been covered in two or three lines. Many such deaths were. However, given that John had reportedly been driven to the act of insanity by quarrels with his much-younger wife and the fact she kept an illigitimate daughter at home, the Carlisle Journal went into some detail.

One thought on “Attitudes to suicide down the centuries”