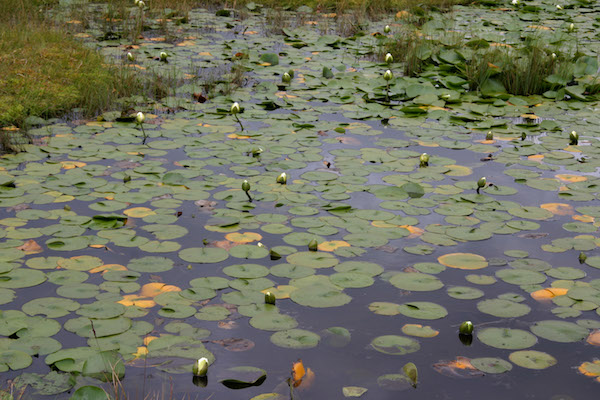 The story of poor Mary Pears is a tragic one. And while it may be unkind to use it as an illustration for family historians, it does show you should never take anything for granted.

It also ties in with last week’s post about attitudes to suicide.

When a woman dies in the same quarter, or soon after the birth of a child is registered, the natural assumption is that she died either during childbirth or of complications after.

That had long been the assumption in the case of poor Mary Pears, who died in July 1870, just a few weeks after the birth of her illigitimate son Isaac.

After all, Mary’s mother Margaret (née Dent) had died aged just 27 in 1853, and the assumption there remains pregnancy/childbirth/complications. It would take the price of a death certificate to confirm it.

In fact, poor Mary Pears killed herself, days before she was due to attend court to assert that one John Graham was the father of her baby.

The inquest gives the story of the tragedy, and follow-up stories tell us how John disowned his child. While Mary’s grieving father appealed for advice on how he might get justice for her and baby Isaac.

Who was poor Mary Pears?

Mary was the daughter of Christopher Pears (1820-1885). After her mother died, Christopher married 2 Elizabeth Gaskgarth (1831-1863), and then married 3 Ann Richardson, née Dalton (1822-1903). Christopher had three children by Margaret, six by Elizabeth, and one by Ann. She had three daughters by her first husband.

The 1871 census for Hesket-New-Market shows Christopher, aged 49 (farmer, 70 acres); wife Ann, also 49; several of his and Ann’s children by fomer marriages; their son Edwin, 2; and grandson Isaac, 10 months. Plus a visitor.

Isaac was still with his grandfather and step-grandmother ten years later. When he married Anne Lamb in 1900, he named his father as John Graham.

Mary’s ‘mother-in-law’ in John Graham’s letter has to be her step-mother Ann.

Aged 17, by the way, Mary had been a Sunday school teacher at Haltcliffe – clearly of good character. Her father says she only ever had eyes for John Graham.

We can’t be sure when it started, but we know how they met.

From circa March 1868, poor Mary Pears was working happily as a domestic servant in Penrith. But, she would have visited her father and family when she had time off. John’s parents lived nearby, and John was working in Liverpool. It seems John and Mary met while visiting their families.

John returned to Liverpool – it’s not clear when, but some time after August 1869. For that was when poor Mary Pears fell pregnant.

According to her father:  “Personally I shall make no charge against Graham further than to say that he paid his addresses to my daughter for some time previous, and up to the time that she found herself in the way of becoming a mother, and after that time corresponded with him, during his absence in Liverpool, on the subject, in which he never disowned the claim which she made upon him as the natural father of the child which she bore.”

Christopher released to the Penrith Observer ‘one of many’ letters John wrote to Mary in that time.

I am not prepared to take you at present, but I shall settle with you until you can be made as good as myself.

It doesn’t exactly sound loving! And John wasn’t keen for the world to know he’d got her pregnant, either:

I should be very sorry for you to go Hesket-New-Market during the time of your confinement. I should like you to keep it close.

After saying she can’t write to him until he sorts out a new address, he warns her:

If you get the time over, don’t go to Hesket-New-Market. I received a letter from home about you, and what your mother-In-law has said to my parents.

If the tone of this letter was ominous, previous ones had (according to Christopher Pears) seen John profess his love and desire to marry Mary.

Poor Mary Pears gave birth to Isaac on May 28, 1870, back home at Hesket-New-Market. She took 12 weeks’ ‘maternity leave’ (it wouldn’t have been called that), returning to her employers’ some time in June, after giving baby Isaac over to a nurse.

After the baby was born, John Graham met Mary’s father in Penrith, and promised to go before a lawyer for the purpose of settling a weekly amount upon the child after he had seen Mary once again.

John broke that promise, so Mary had to take him before the magistrates instead. A date was set, and Mary’s employers took her to see a solicitor.

In the meantime, John Graham ‘put in against the case’.

Perhaps it was worry about the court case. Perhaps it was post-natal depression (not helped, surely, by not being able to care for the baby herself). Perhaps poor Mary Pears was simply heart-broken, having been jilted by the man she loved and thought loved her.

Whatever drove her to it, poor Mary Pears committed suicide.

The Penrith Observer, of July 5, 1870, reported the inquest, which had taken place the day before, starting: ‘On Sunday morning last, a young woman, named Mary Pears, 22 years of age, servant with Mr. William Hetherington, residing in Graham-street, was discovered dead in bed.’

‘Seduced and deserted… she appeared to be desponding; but nothing in her manner or conversation led to the supposition that she contemplated self-destruction.’

The sad tale is that she retired to her room on the Saturday night, undressed, took phosphorous which she had obtained from matches, and died in her bed.

She was found next morning by one of the men servants, sent up to see why she had not come down at her usual hour.

The jury found she had died from phosphorous poisoning while in a state of unsound mind.

That was the Observer’s headline on August 16,1870. A Mr Graham, who appeared on behalf of John Graham, was “of opinion that the justices have not power to hear the case under the circumstances disclosed.” Mr. Graham also quoted an Act of Parliament is support of this view, and the case was dismissed.

One can only imagine how poor Mary Pears’ father felt. He had lost his eldest daughter in horrific and terrible circumstances, and the cause of all her woes wanted nothing to do with his own baby.

Christopher Pears wrote to the Observer in September, asking if anyone had any idea what he could do.

You can feel his grief as he writes of suffering ‘one of the most painful calamities which can affect a family’, and of Isaac, ‘left without parents, an innocent sufferer cast upon the world’.

“I have taken the ohild from the nurse to which it was consigned by its mother, and care not so much about the care or expense of bringing it up as to have justice done to both to the child and its mother in regard to affiliation….

“I would not have had cause to make the matter public, but justice and humanity has its claims.”

Poor Mary Pears had worked as domestic servant for William Hetherington and his wife Ann for two years and 18 weeks when she killed herself.

They must have been kind folk, for they didn’t dismiss her when she fell pregnant. Not only that, but they allowed her to take 12 weeks off to have the baby, then accepted her back to work.

Ann Hetherington then went with poor Mary to see a solicitor about the affiliation case. Ann hoped having a legal representative would spare poor Mary the ordeal of answering questions in court, and it it’s reasonable to suppose it was the Hetheringtons who were paying the solicitor’s bill.

On the 1871 census, a William Hetherington, 56, and his wife Ann, 49, are living in Bank House, Graham Street, Penrith. William is a farmer of 300 acres, employing four men and two boys – all of which fits the story. Living with them were a domestic and two farm servants.

We know from the inquest that Ann was née Elliott. A William Hetherington married an Ann Elliott in Penrith district late in 1865.

The seducer and deserter

A name like John Graham is never going to be easy to track down. Except, we know from his one letter that his parents lived near to Mary’s father and step-mother. We know that Mary called her baby Isaac. And Hesket-New-Market was (is) a small village.

On the 1871 census, HNM has and Isaac Graham, 70, innkeeper and farmer of 15 acres, with his wife Margaret, 66, their daughter Mary Ann, 23 and four boarders (two stone masons and two lead miners).

Twenty years earlier, at Lamonby, Skelton, Isaac and Margaret had a son John aged 7, who had been born in High Hesket.

If he was THE John Graham, he was five years older than poor Mary Pears.

Fast-forward to 1881 and John Graham, 36, born High Hesket, was a brewery labourer living in Dalston.

He had a wife Elizabeth, 32, with a son William James aged six – records suggest born five months after their 1874 marriage.

Isaac backs up the idea of this John being Isaac the innkeeper’s son.

It also rather ‘rubs salt into the wound’: assuming this is the dastardly John Graham, he already HAD a son Isaac, now aged ten, he’d wanted nothing to do with from birth.

We know John Graham went to Liverpool in the summer of 1869, and was there in February 1870.

The only Cumbrian John Graham aged 27 in Liverpool on the 1871 census sadly didn’t give his place of birth beyond the county.

However, there are no other suitable candidates, in Liverpool or anywhere else.

He may be nothing to do with the story, but it was an unusual set-up. This John Graham was head of the household. Living with him were widowed Ann Smith, aged 27, described as his lodger and housekeeper, and her daughter Elizabeth, aged eight.

If this was THE John Graham, at what point had he set up house with Ann and her daughter? Is it possible Ann was the reason why he lost interest in poor Mary?

For sure, in Feburary 1870 he was writing of settling down with Mary. In June 1870, he told her father he’d support the baby. But he then rejected her and the baby within at most a fortnight.

What happened to Ann and Elizabeth is anyone’s guess. If it’s all the right John, he moved on and married another woman he’d ‘knocked up’ just three years after the census.