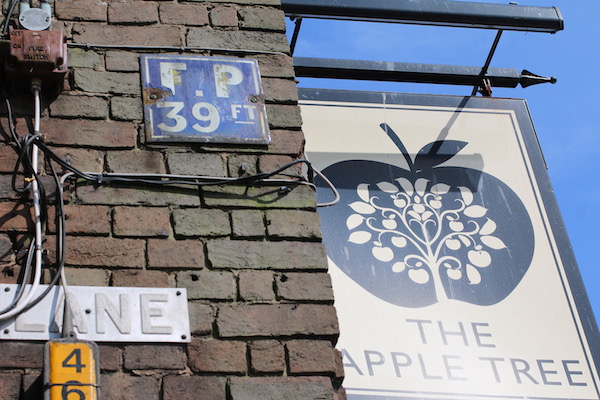 FP signs are like street furniture – something most people walk past without really noticing. Yet they could be a matter of life or death in times gone by.

For FP signs are the predecessors of fire hydrant signs. And surely everyone in the UK knows what a yellow sign with a large letter H means. And its importance.

A brief history of firefighting

For centuries, if your house, barn or business caught fire, you had to rely on neighbours with buckets of water to do what they could to reduce disaster. And unless you had a pond or river on your doorstep, accessing enough water quickly enough to have any effect was always going to be a big issue.

In the 17th and 18th centuries, the first organised firefighting teams were set up – by insurance companies. If you paid their premiums, they gave you a metal badge, or fire mark, to fix to your home or premises. In the event of a fire, the firefighters would see it and take action to put out the blaze. But only if your fire mark was for their company.

In the 1800s, cities, towns and villages began to organise their own fire services – it was all totally ad hoc. Towards the end of the century, local government bodies took over responsibility for firefighting and the 1938 Fire Brigades Act made it a statutory requirement for them to do so.

During the Second World War – and the Blitz – it was decided to form a National Fire Service. In 1941, around 1,600 local fire brigades, plus the wartime (volunteer) Auxiliary Fire Service were amalgamated.

Following the 1947 Fire Services Act, the NFS was disbanded and fire brigades were devolved to local authority control.

FP signs date from a time when towns (etc) had a piped water supply – originally running through water mains made of hollowed out tree trunks. Firefighters would cut a hole in the main, so they could insert a standpipe into it to supply them with water. When not in use, the hole was filled withe a wooden plug.

FP signs on walls told them where there was plugged main, and how far it was from the sign.

In the late 1800s, fire hydrants were invented. Now, instead of a plugged hole, water mains were fitted with valves that could be turned on and off. The system in use to this day.

The FP sign in the main photo is on a wall in Carlisle – in an old side lane off Lowther Street that now goes nowhere, because The Lanes shopping centre blocks it off. The one below is in Market Street. 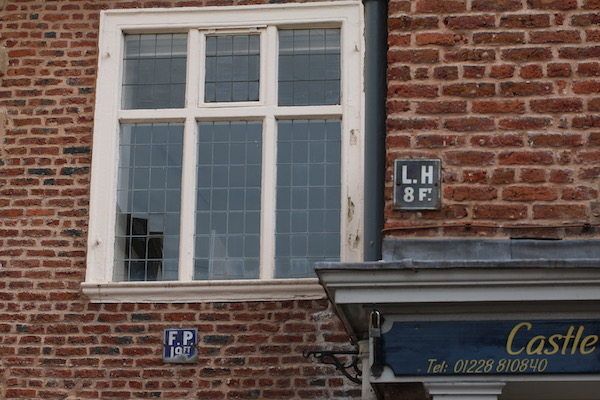 One thought on “FP signs – what are they?”