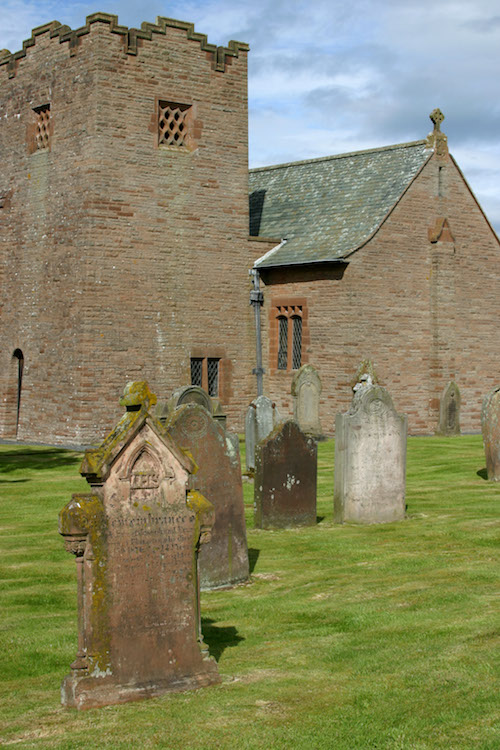 The idea that people in olden days didn’t make it into old age says a lot about statistics and less about actual life expectancy facts.

Put simply, a high number of baby and infant deaths is doing to drag down the average age.

Famed for vigour and health

In fact, before the safety net of old-age pensions, people could still be working in their 70s, if fit enough.

In October 1844, it was reported in the Carlisle Journal that octogenarian John Rothery, of Egremont Town Head, had taken his place in the harvest field of Mrs Banks of Langhorn. He’d worked for the family for many years. This season, he cut down 12 stooks a day for several days in succession. The journal adds that the county is famed for the vigour and health of many of its aged inhabitants.

And a look at death notices, gravestones, and parish registers shows the Biblical idea of ‘three score years and ten’ was a perfectly normal lifespan in the 18th and 19th centuries. If, that is, you survived the perils of infancy. And if you were a married woman, also survived multiple pregnancies and childbirths.

Death notices in the Carlisle Journal of September 20, 1845, include:

Robert Studholm, of Biglands, Aikton, aged 12; at Tamworth, Edward Henry Savage, 2, Frank Storr Savage, 1, and Elizabeth Savage, 5, all of scarlet fever  – children of the Rev RC Savage, vicar of Nuneaton; infant daughter of the Countess of Rosse, Ireland, aged four days. One can only begin to imagine how unbearable it was to lose three children over the space of a fortnight.

And there are two centenarians.

War veterans and a seventh son

He’d survived a bloody battle in Mysore, in 1780, and almost four years in dreadful conditions in the dungeons at Seringapatam.

The second, who died in Ross-shire, Sotland, was Donald Ross, aged 115. Said to have retained possession of all his faculties, and to have enjoyed uninterrupted good health till within a few days of his death, his memories included the rebellion of 1745.

The parish register of Beaumont, Cumberland, records a family who clocked up a good few years between them.

And a further centenarian was recorded in 1801, in the person of Eleanor Liverick, of Brampton. Like Mary Noble on the Penrith gravestone, it’s probably superfluous to add she was a widow!

Here’s a chart of the 1776 Cumberland burials figures: 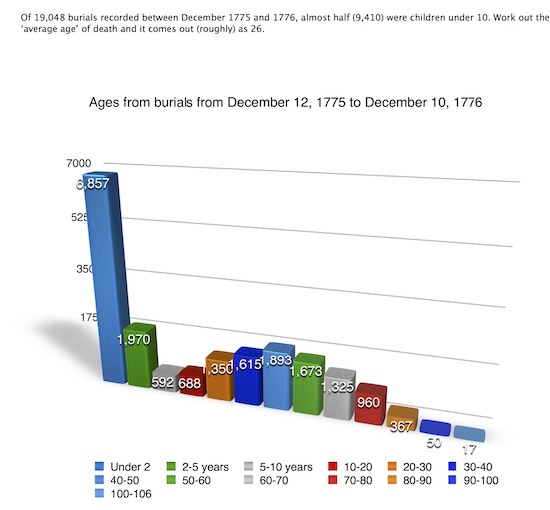