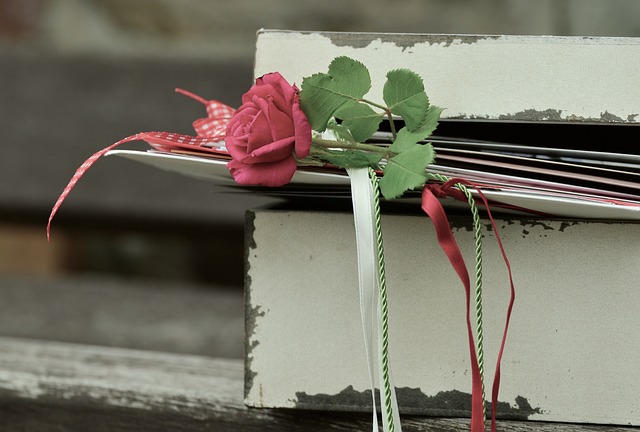 A breach of promise case is an odd post for Valentine’s Day, perhaps. But then this Cumbrian Frank Churchill sent a Valentine to the woman he later wronged.

Frank Churchill, a character in Jane Austen’s ‘Emma,’ is always telling his father he cannot visit because his aunt is unwell. And Frank Churchill is his aunt’s heir. He is thought a possible suitor for Emma, but once his aunt dies, reveals he is secretly engaged to Jane Fairfax.

John Kirkbride, a real-life young man in the 1860s, was always telling Jane Robinson he couldn’t visit because his uncle was unwell. And John Kirkbride was his unde’s heir. And when his uncle died…

A breach of promise case at the Carlisle Assizes

Yes, John Kirkbride proved a faithless lover. For in February 1869, newspapers far and wide carried the story of poor Jane Robinson, jilted in favour of another woman.

And as you’ll read later, she hadn’t acted on his advice to burn his letters.

The ‘cast’ of the story

John Kirkbride was born about 1845 in Scotland, but came to live with his bachelor uncle Thomas Kirkbride, at Trough Foot, Plumpton Wall. This was a farm of around 100 acres.

Jane Robinson was also born about 1845. Her parents, William Robinson and Elizabeth (née Lambley or Lamley) had a modest 12-20 acres at Sceugh Hill.

Witness William Nelson, again born about 1845, was the son of Joseph Nelson and Isabella Lambley/Lamley – Elizabeth’s sister. He lived with, and worked for, his uncle John Lambley/Lamley, at Sceugh Head.

The outline of the breach of promise case

John Kirkbride began ‘seeing’ Jane Robinson in 1867. He started writing to her in November 1867, and his last letter was dated March 1868.

William Nelson told the court that his cousin Jane Robinson and John Kirkbride had started courting in October 1867. John Kirkbride would visit Jane once or twice a week, around 9pm.

He’d been to Martinmas fair 1867 with John Kirkbride, who had talkd about Jane Robinson and said: ‘he had watched her at Carlisle market, and had seen her go through her business as no other young woman could do.’ (Laughter in court).

William Nelson also recalled another conversation, in which John Kirkbride had said of Jane Robinson: “When I get her to Troughfoot she shall work no more.”

And in  February, 1868: “I don’t care who sees us together, who knows we are on, for I intend to make her as good as myself.

William Nelson was pressed by John Kirkbride’s solicitor as to his feelings for Jane Robinson.

Did you ever make love to her? (Laughter.)

It is not usual to court cousins in the country?

Witness: Well, I don’t think it is right.

John Kirkbride’s uncle was surely in poor health, for he died in May 1868. Perhaps because of fictional Frank Churchill, in Jane Austen’s ‘Emnma,’ you wonder if he did use it as an excuse occasionally.

In a letter dated November 5, 1867, John Kirkbride tells Jane Robinson his uncle has been very poorly: “So you will see the reason I broke my promise…”

February 4, 1868: “Dear Jane, I would like to have come up to see you last Saturday, but I dare not for I was feared of Uncle breaking down and then I would be wanted…”

March 3, 1868, he fears he won’t be able to see her the following night, as his uncle is not well. “Dear Jane, it hurts me to say that I am disappointed, for I am happy when I am with you… Believe in me and you are mine… From your devoted, true John Kirkbride.”

This was actually the last letter Jane received from him.

Love letters straight from the heart

November 14, 1867: “Let all the secrets of your heart be known to me dear… goodnight and believe this to be from yours very affectionate”.

December 4, 1867. Carlisle: ‘When I begin to write to you, my dear, I think my paper won’t hold half what I have to say… I am looking forward for that happy time when you and I are together. We can put questions together when we are locked in each other’s arms.… from yours for ever…

This letter also includes a line about having just played cards: “Hearts were trumps very often. Then I thought of you.”

February 4, 1868: “…I live in hopes and we will both be happy some day… My toe is kittling, Jane; (much laughter in court). (kittling = ‘touchy, unpredictable, aroused’).

In February 1868, John Kirkbride sent Jane Robinson a Valentine message, which was read out to the court.

Emblem fair to you I send.

Showing where my feelings tend

Worlds may pass away and perish

Every feeling die away

But the constant love I cherish

There was a roar of laughter in the court at the end. And even more when John Kirkbride’s solicitor said the Valentine message didn’t count for much:

‘The jury has sent lots of Valentines to girls they never intended to marry.”

The judge’s summing up in the breach of promise case included pointing out that John Kirkbride only visited Jane at night, and why else would he go there at night if not to court her?

The judge thought the lines about ‘locked in each other’s arms’ had to mean ‘when married’ (for when else could they be so, honestly?). Maybe the uncle didn’t approve of the match.

The jury retired about 15 minutes, before awarding Jane £250 in damages.

John Kirkbride took over Troughfoot Farm. He and Margaret Strong had two sons and a daughter. But John died in Carlisle in April 1878.

His widow Margaret, in 1881, was a lodging housekeeper in Rickergate, with the three children still all under 12. They did have a domestic servant. Her effects were £1.565 when she died in 1913, so she managed well.

William Nelson died in 1914. The main beneficiary of his will was ‘my cousin Jane Robinson’.

You can read a less-dramatic breach of promise case in this post on Sally Simpson and faithless Joseph Timperon.

One thought on “Breach of promise: a true-life Frank Churchill”