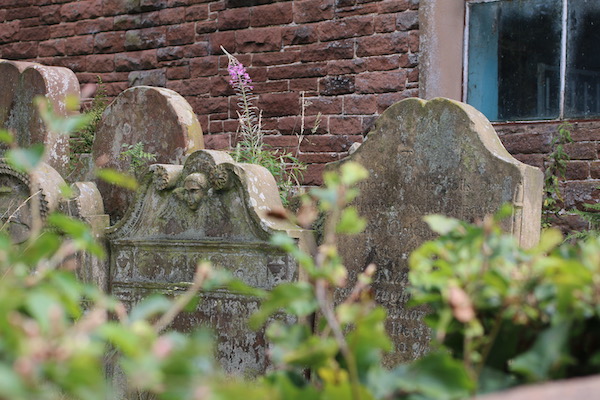 Deodands, a strange ‘gift to God’

Animals or articles that, having been the immediate cause of the death of a human being, were forfeited to the Crown to be applied to pious uses.

I’d never heard of deodands, till I chanced on the the following Cumbrian example:

Accident at the canal basin, Carlisle. On the evening of March 21, as Peter Henderson and another person were unloading a timber waggon, a piece of sycamore rolled from the waggon and knocked Henderson down, having given him a severe blow on the head. He was placed in a sitting position, but died immediately. An inquest was held the following day, before Mr Carrick, and a verdict of accidental death returned, with a deodand of one shilling on the piece of timber.

The following are all tragic stories, with a slight hint of absurdity created by the forfeit imposed.

On Thursday last, an inquest was held at Keswick, before Peter Hodgson, on the body of John Grave, a boy aged 14, who was killed by being thrown from horse which ran away after being bitten in the heels by a dog. The boy was thrown against the slate which forms a footbridge across a sluice near Crosthwaite Church and his skull was fractured. He died next morning. Verdict: accidental death. The horse a deodand.

The horse Richard Smith was riding was again a deodand, valued at 10 shillings, at the end of the inquest. Richard Smith, a miller from Egremont, had ridden the horse at full gallop while intoxicated. The stirrup leather broke, and he fell heavily, again fracturing his skull fatally. He left a widow and six children and one wonders how they felt at also losing the horse to the crown.

Isaac Barrass, of Haggetend, near Egremont, had his son William Barrass, six, and a young nephew up on his horse with him at Cold Fell races. Someone gave Isaac Barrass a letter, and he opened it. This startled the horse, which threw the three of them, then came down heavily on poor young William. A doctor happened to be at hand – for all the use that was. His idea of first aid was to try the bleed the child.

But alas! It was in vain; the vital spark was extinguished for ever; he lived about 20 minutes after the accident.

It was another animal ‘in the dock’ in November that year, after the bruised and battered body of ‘a woman of the name of Myers,’ aged 76, was found in a field at Roosecote, Low Furness. It was quickly deduced that the ‘perpetrator of the horrid deed’ was a ram. At the inquest, a deodand of five shillings was laid upon ‘the fleecy murderer’.

James Wilson, 80, was known around Kendal as ‘the spotted cow’, because while he always carried a fiddle with him, it was the only song he could sing and play. In late October 1825, being somewhat deaf, he didn’t hear shouts to get out of the way of a carriage and four. The outrider tried to push him to safety, but James Wilson fell and the rear wheel of the carriage went over his neck. He died four days later. The owner of the carriage had left a servant to tend to him – and bury him if he died.

Inquest verdict: accidental death. With a deodand of one shilling on the wheel.

It was the mail coach that ran over and killed four-year-old Mary Harrison in Keswick, in July 1826. The coroner, at the behest of the inquest jury, told the guard if another accident happened it would be treated as manslaughter (if he hadn’t blown his horn). Verdict: accidental death. Deodant of the fore wheel, valued at 5 shillings.

And so they continue. Inanimate objects all ‘punished’ for causing death

October 9,1833. When the Trafalgar entered Maryport harbour, she struck first the jetty, then a hawser, which snapped. One end of the rope rebounded towards another boat, striking three men. One died instantly, a second died in minutes. A third, John Barnes, was seriously injured. Those killed were Edward Southwell, 51, and John Dockray, 67. The inquest recorded verdicts of accidental death and ‘no blame attaches to anyone’. With a deodand on the rope.

Flawed and no use to victims

A year later, the Cumberland Pacquet, and Ware’s Whitehaven Advertiser pointed out a flaw in the system. Deodands from inquests had to be forwarded to an office in London. Which in some cases cost more than the sums raised. An example being Hereford, where the deodands of a recent period had amounted to just one shilling – and forwarding them to London had cost the city ten guineas.

They continued, though. And behind each shilling levied on an animal or inanimate object, there was personal tragedy. James Hewitt, a Brampton carrier, was fatally injured at the canal basin in Carlisle in June 1836, when a machine used for loading timber fell on him. ‘A quiet and industrious man,’ he left a wife and ten children.

They, of course, wouldn’t have got anything from the levy on the machine. Terence McGrady was also killed at the canal basin, in October 1837, struck by a two-ton log. He bore ‘a most excellent character’ and left a widow and three young children nearly destitute. They’d not have seen a penny of the ‘nominal deodand,’ but the jury and coroner made a subscription to Mrs McGrady and her family.

Deodands may have continued until 1846, but in December 1838, the Pacquet – and the Carlisle Journal – united in making it very clear that in their view, they were an anachronism.

The word deodand signifies ‘thing given to God Almighty’. Our law upon this subject is extremely barbarous well as impious. The deodand was of Catholic origin, and the priests made, or pretended to make, the offering to God, for repose of the soul of a person killed.

If a person falls from any part of a cart not in motion, such, for instance, as the wheel, the part alone from which he falls is given to God. But if the cart be in motion, the whole of it, as well as everything in it and about it, is forfeited to the Deity.

Deodands are not given for accidents happening at sea. Not that the law does not suppose God not to have been present at the death, or not be entitled to the perquisite, but because the jurisdiction of the Court of Queen’s Bench does not extend by the common law to the high seas…

They continue: “An intelligent correspondent from a manfacturing town writes to us that in the last fifty years he has seen given to God:

When will people get rid the remnants of the brutal superstitions of their ignorant priest-ridden ancestors?

Deodands and the railways

For sure, when a Maryport inquest levied a deodand of ten shillings on the old gun that had accidentally killed John Nelson, it’s a little hard to see how that helped his soul or his family. For John’s death, on December 29, 1843, was the result of his own fowling gun exploding in his face.

This was the age of steam, and inquest juries started to use deodands to penalise negligence. If there was a railway accident, for instance, a heavy deodand (there are examples of £2,000) against the engine would penalise the company responsible.

Naturally, this didn’t go down with the companies, who often appealed.

Brought to an end

Late in 1843, an Act of Parliament had been drawn up to tighten things up: appeals were succeeding on technicalities.

And in March 1845, Lord Campbell tabled a Bill on deodands, a system ‘full of absurdities’. In April 1846, he brought two Bills into the House of Lords: one to abolish deodands; the other to replace it with civil actions, whereby the families of people killed due to negligence would be able able to get compensation from those at fault.

They cleared the Lords, but Lord Campbell feared his Bills would be scuppered in the House of Commons by the ‘railway vote’: those MPs who were directors of railway companies. But the Deodand Bill and the Deaths by Accident Bill went through (the latter with some amendments) and then received Royal Assent.

As of September 1, 1846, wheels, ropes, horses and lumps of wood were no longer forfeited to the crown and God.