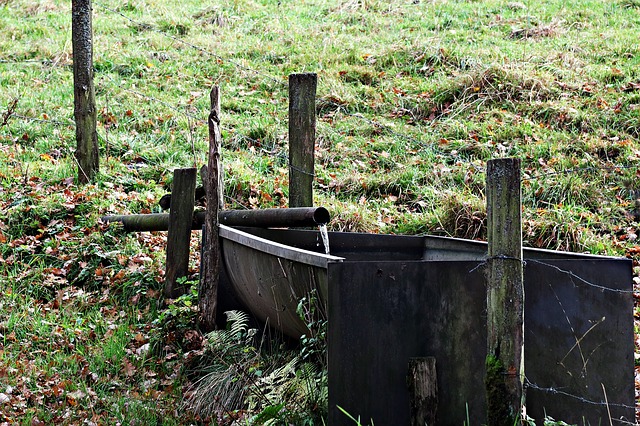 Yanwath may be a small village, but it’s a good source of historic stories. Though in fairness to Yanwath, the charming Elizabeth Tremble owned property there, rather than being a resident.

A previous post on Cumbrian Characters covered the Yanwath railway explosion of 1867.

It also looked at the lasting consequences of the damage caused to property in the village by the blast and by debris.

In particular, it covered how Penrith coachbuilder Robert Graham Pears came to regret moving to Yanwath, and renting property from his third cousin Joseph Tremble.

Robert Graham Pears had had enough by 1874, breaking the lease after seven years under mutual consent with Joseph Tremble, because there were holes in the roof of the house and the barn was ‘little better than a ruin’.

Joseph Tremble tried to counter-claim for ‘damage to some valuable shrubs’. Which seems rather petty – and got him nowhere.

Did he mend the roof of the house and/or the barn?

For sure, he quickly looked for another tenant.

YANWATH, TO be LET, at Lady Day, 1875, a good DWELLING HOUSE and FARM BUILDINGS, with COTTAGE, excellent GARDEN, and (then there is a list of about 24 acres of land).

Whoever answered the advert didn’t stay long, for the premises were To Let again in October 1877.

This time, it was a Charles Binyon who was to regret signing the lease.

For it would seem Joseph Tremble did not improve as a landlord. And that his wife Elizabeth Tremble (née Pattinson) was a little lacking in the milk of human kindness.

For Joseph Tremble was taken to court (by two different men) in 1878 and 1879 for failing to pay for work done, including sinking a well.

He died in 1879, his will was proved by his widow, who continued the nursery business. In 1881, living in South End Road, Penrith, Elizabeth Tremble is recorded as a horticulturalist employing six men, four women and one boy.

Charles Binyon would have been 37 when he took the tenancy in 1877 with his wife Phebe Ann. He was from Lincolnshire, and she from Lancashire, so their knowledge of Yanwath’s history (and the Trembles) was likely slight.

It is only fair to note, however, that they were still living in Yanwath in 1891.

In July 1880, Elizabeth Tremble was taken to court over the disgusting state of property at Yanwath.

The farmyard had no drainage, and a stagnant pool of water stood about the privy, which was used by four cottages.

To clarify the situation: said privy was not that used by the farmhouse, which had its own in the garden behind the house.

There was no clean water, bar a trough in the middle of a field 250 yards away.

Farmer Charles Binyon said he was without water. When he took the lease, Mr Tremble had promised to provide a supply. With the old well not fit for use, he’d started to sink a new one, but it hadn’t been completed.

Mrs Tremble wrote to the court she’d be happy to give the tenants of the cottages notice, so there would be no need of water nor a privy!

Such a caring gesture

Elizabeth Tremble did do something about the ‘nuisance’ at Yanwath, but not a lot. By October 1880. she had put in a temporary tank, or tub, to ‘receive the sewage’. The Rural Sanitary Authority was advised this would solve the sewage nuisance – as long as it was properly looked after.

She wrote another letter, saying the tank would drain the liquid manure flowing from the middenstead and the byre – but it would be up to tenant to clean it out.

She trusted Mr Binyon would spend his time doing so, instead of coming to hearings and making untrue statements about her husband.

And she concluded that though she did not expect much of the tank, there was one good point about it: it got the nuisance off her neck and put it on somebody else’s shoulders.