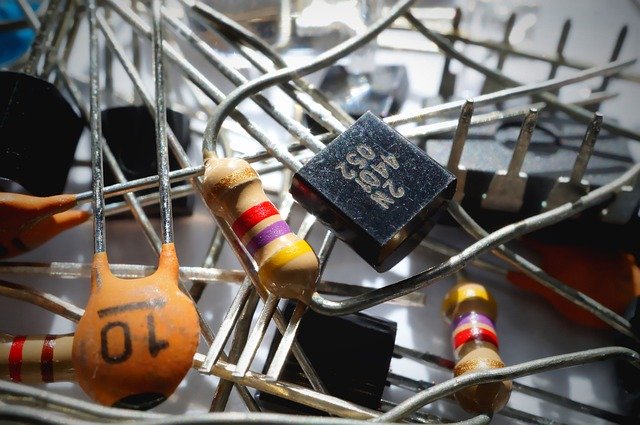 Electrotherapy and complimentary mourning aren’t terms that go naturally together. Unless the former goes horribly wrong. But they were both on the front page of the Carlisle Journal 150 years ago today.

Electrocute yourself to cure all ailments

Please don’t actually electrocute yourself. The headline is paraphrased advice from 150 years ago, when electrotherapy was apparently a ‘big thing’.

Electrotherapy is used today for pain relief. As it was  long before anyone in the UK had an electric light in their house.

In February 1870, the Carlisle Journal carried a lengthy advert for Pulvermacher’s Galvanic Chain-Bands, Belts and Batteries.

It was, the makers claimed, ‘the embryo of a universal remedy’.

Yours – at a price

A complete set of bands, belts and batteries would set you back a whopping (in those days) £3-£5. With the cheapest option, chain-bands for the loss of voice and other affectations of the throat, where prices ranged from 10 shillings (£0.50) to 21 shillings (£1.05).

Bands also covered ‘nervous deafness, toothache, and noises in the head’. Along with ‘writers’ cramp, trembling, nervousness, &c’ While the belts were supposed to aid lumbago, liver disorders, and nervous debility.

If your loved ones hadn’t benefited from an electric dog collar round their neck, you might be in need of the services of a premises in Scotch Street, Carlisle (‘opposite the town clock’).

W Toppin & Sons offered a range of widows’ mantles, bonnets, and caps. Along with ‘servants’ mourning at all prices’.

The items could be bought ready made, or made to order, and were suitable for ‘first, second and complimentary mourning’.

It would seem you didn’t have to give up looking fashionable while lamenting the loss of another. And that giving something a French-sounding name was thought to make it sound more sophisticated and elegant. Even to the point to describing goods from London as ‘de Londres’).

I say ‘French-sounding’ because ‘Gros de Suer’ to me sounds, well, gross. ‘Suer’ was perhaps meant to be ‘soie’ = ‘silk’. But ‘suer’ is actually the French verb ‘to sweat’!

‘First mourning’, for a widow, lasted two years and you couldn’t go out unless clad head to toe in black, with a black veil over your face.

‘Second mourning’ lasted nine months, and you didn’t have to cover your face.

Finally, you could give up the black, but wear sombre colours for a final three-six months. This is possibly the ‘complimentary mourning’ of W Toppin’s advert, but I am not sure.

William Toppin, the Scotch Street draper, was 60 at the time. The census a year later shows he had a wife, Margaret, five adult children living at home (unmarried), could afford one servant, and also provided living accomodation for five apprentices.

Oddly, by 1880, he seems to have become a hotel keeper. He and Margaret (née Margaret Park) were then mourning the loss of their son Joseph Park Toppin, whose will named ‘father William Toppin of the Queen’s Hotel, Silloth’. William Toppin died in Silloth in 1889.

An article on fasion, in the Carlisle Journal of November 1882, touched on the use of arsenic as a cosmetic (it cleared the skin, rendering it rosy and transparent – do NOT try this at home!). Before refering to a meeting of the Funeral Reform Association.

‘…no doubt the time will come when outward mourning will be thought of little importance, and the usages of society cease to compel the trappings of woe when there is no corresponding feeling in the heart.’

By then, (in fact, by  January 1877) the mourning warehouse in Scotch Street was being run by Joseph Rome.