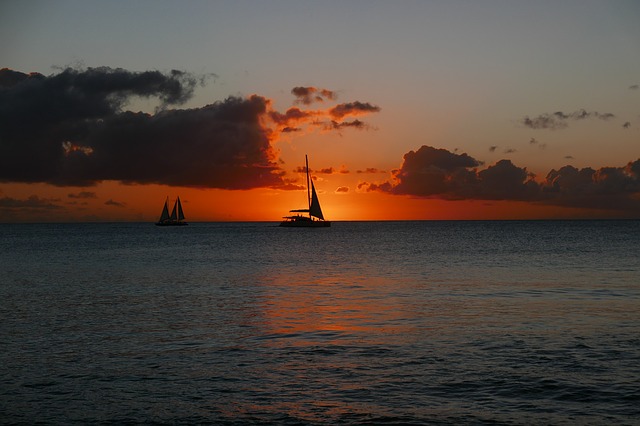 Robert Lowther (1681-1745) doesn’t count as a ‘Cumbrian Character’ in one sense. For sure, he was Cumbrian. As for ‘character’, the strict definition is ‘qualities that are interesting and unusual’.

However, ‘character’ (to Brits at least) has some quirky element it is possible to like or make allowances for.

One author suggests (see later), he has been very ‘badly served by historians’ – you can make your own mind up from the following.

‘In 1720 a ship from Barbados brought some gentlemen with fresh complaints against Robert Lowther, the governor.’

According to The History of Barbados, by Robert H Schomburgk (1848), Robert Lowther had become governor in 1711 and soon earned a reputation for arrogance and tyranny. If the island’s council board members opposed him, he suspended them, and even threatened to prosecute two of them for treason.

He was recalled to Britain in 1714, but delayed his departure. And after Queen Anne died and George I came to the throne, he was able to get himself reappointed as governor. Which position he then used to get revenge on his former opponents.

In 1718, Anglican minister the Reverend William Gordon travelled from Barbados to London and published a pamphlet alleging that Lowther headed a corrupt and tyrannical regime.

Lowther’s revenge was to accuse Mr Gordon of forging a signature; issuing a proclamation to that effect and ordering it to be published in every town and church, and; presiding over the court case as both prosecutor and judge.

Two men successfully defended Mr Gordon, which went down well. Lowther committed one of them, Jonathan Blenman, to jail, intending to indict him for high treason. Bail was set at £1,000, but Blenman forfeited the money by leaving for England with Mr Gordon and the other attorney, Mr Hope, to seek justice.

The Lords Justices, in October 1720, declared Mr Blenman’s arrest arbitrary and illegal, and said he should get his £1,000 back.

Lowther was recalled (again) to Britain. Before leaving, he appointed his nephew (wife’s side) John Frere as president of the island, removing two senior members from the board to councillors to make way for him.

Saved by a ‘lucky’ death

In June 1721, it was recorded that ‘the trial of Robert Lowther, late governor of Barbados, and that of Francis Cawood for the North Sea Bubble, was deferred till next term’.

1721 November 2. ‘Robert Lowther is to appear at the King’s Bench Bar in Westminster, in a few days, to plead His Majesty’s pardon, pursuant to the late Act of Indemnity’.

What was that about? Well, the Lords Justices had ordered he be detained in custody, and prosecuted for high crimes. But luckily for Robert, George I died before the matters were dealt with, and he benefited from the Act of Indemnity proclaimed at the accession of George II.

Of fortunes – and slavery

Quest for Blackbeard (Baylus C Brooks, 2016) refers to Lowther’s first wife as an elderly widow. For sure, it was through this marriage, to  Joanne Carleton, née Frere) that he acquired his interests in Barbados, and wealth. Joan(ne) was baptised in 1663, so 17/18 years older than Robert.

It’s widely written that Robert had been struggling to support his mother and four sisters at the indebted family estate at Maulds Meaburn. Marrying Joan gave him ownership of a sugar plantation that (with his £2,000 a year governor’s salary) secured the family’s fortunes.

Joan’s previous husband (Robert was her fourth) was Robert Carleton of Penrith. His will describes the Christchurch Plantation as:

Pirates of the Caribbean

Another source (British Pirates and Society, 1680-1730, by Margarette Lincoln, 2014) says Robert was also charged in 1720 with illegally detaining two warships so they were unable to pursue pirates, who then did damage to local shipping.

And the History of Parliament  adds a further charge, that he allowed a Spanish (enemy) ship to trade at Barbados.

HOP concludes Lowther’s entry by saying his death,on September 13, 1745, was from a heart attack, ‘brought on, so it was claimed, by news of the Jacobite invasion’.

Robert Lowther gets some sympathy in S D Smith’s Slavery, Family and Gentry Capitalism in the British Atlantic (2006): the suggestion being one of history being written by the winners.

Robert Lowther died at his seat at Meaburn, in Westmorland. His death was given one paragraph (the same as a barn fire in Nottinghamshire) in the Newcastle Courant. The paper noted his widow (second wife) was the daughter of Sir Joseph Pennington and that he left five very young children.

Sir William didn’t enjoy his interitance long – he died in 1756, and the inherited property then went to Jimmy, who was still only 20.

This wealthy young man was, of course, ‘Wicked’ Jimmy Lowther, who proved to be more than a chip off the old block.