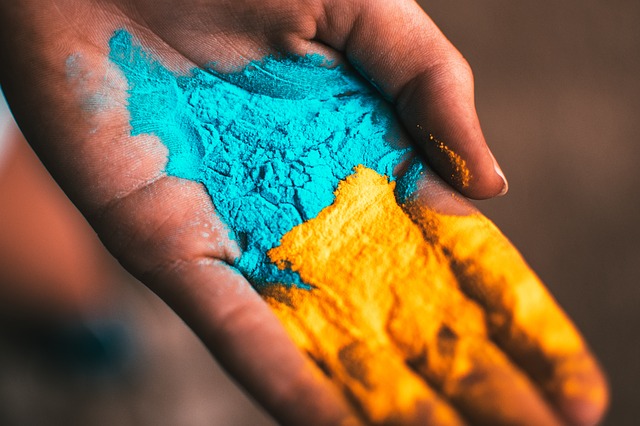 ‘Election riots in Penrith’ has nothing to do with the European Parliament Elections of a few days ago! But as the UK today digests the results of the EU poll, it’s a timely occasion for Cumbrian Characters to look back on how elections ran before the days of secret ballots and universal suffrage.

The 1868 United Kingdom General Election was the first after passage of the Reform Act 1867, which enfranchised many male householders, thus greatly increasing the number of men who could vote. The change led to ore than a million votes being cast; nearly triple the number of the previous election of 1865.

Blue is the colour – or not (and the BBC gets it wrong!)

‘on election night 2010, north-west Conservative Rory Stewart (who was elected MP for Penrith and the Border) and Gareth McKeever (defeated in Westmorland and Lonsdale) wore yellow as well as blue in their rosettes.’

The BBC report puts it down to ‘Hugh Lowther, the 6th Earl of Lonsdale’ being know as the Yellow Earl.

Which means he was only 11 when the 1868 General Election took place.

And in Cumberland in 1868, blue was ALREADY the established colour of choice of Liberal Party supporters, and yellow was firmly the colour of the Conservatives.

In Penrith, it was a ‘knot of beardless youths’ who started throwing blue powder at Conservative voters.

Election riots in Penrith – as reported by one side

Bear in mind this (and the following) was according to the pro-Tory Penrith Observer!

Things were in reasonable spirits till the afternoon, when Sir George Musgrave and the ‘Edenhall contingent’ arrived to vote. They were covered with blue powder ‘by a body of roughs’. And when Conservatives rushed to protect their friends, a free-for-all fight seems to have broken out, with sticks and missiles of all kinds being brought into use.

Before long, bags of powder (blue, yellow and black) were flying about in all directions, with ‘pugilistic encounters at almost every corner’.

Some serious injuries were sustained. Arthur Graham, of Yanwath Hall, was knocked out by a blow on the back of his head, his elbow was dislocated, and he was savagely kicked on the ground, before being rescued and taken into an adjoining house. Mr Hudson, of Whale Moor, had a bad gash to the head.

‘The affair was one of the most wanton and disgraceful ever seen in Penrith.’

Soldiers from Carlisle were sent to Brampton, to support the police. But neither were needed.

It wasn’t just in Penrith

There were dreadful election riots in Longtown, started by ‘the lower stratum of the populace’.

It began when polling opened, with offenders standing in front of the Graham Arms: midway between the Conservative committee room (the Globe) and the Mechanics’ Hall, where the vote was taking place.

At first, the rioters pelted would-be Conservative voters with mud balls, but then stones were added to the missiles. The police quickly swore in 30 special constables, before a special train of troops arrived from Carlisle.

The crowd cheered the troops and behaved thereafter – well, apart from some Tory canvassers being pelted with stale eggs.

At Wigton, there was much excitement, and plenty of cheering, but also ’blue, red and yellow parcels were plying in all directions.’

When the police arrested a couple of those who had been throwing powder around, the windows of the police station were smashed.

In the evening, bonfires were lit in the streets, and squibs and rockets thrown about.

In Carlisle, the official declaration of the poll was preceded by ‘the most dangerous riot we have seen in Carlisle for 20 years’.

Being a pro-Tory paper, the Penrith Observer thought a stuffed squirrel, bestridden by a figure arrayed in blue (mocking a Liberal councillor) was a ‘comical diversion’.

It blamed the ‘Blue mob’ for ‘nearly the whole’ of the powder-throwing. Later, potatoes, apples, stones and other missiles were thrown, ‘with murderous intent’. Gas lamps were broken, as were windows. Apple stalls were pillaged, and hundreds of club-like sticks furnished, by around 200-300 men.

When the East Cumberland result was announced, William Nicholson Hodgson (Conservative) made an address from the hustings, while stones still flew. The other victor, Hon Charles Howard (Liberal) had decided it was wiser to withdraw indoors.

(Cumberland West elected two Tories: Henry Lowther and the Hon Percy Wyndham. As did Westmorland: the Earl of Bective and William Lowther, the 2nd earl).

Election riots elsewhere in the UK

The 1868 General Election didn’t take place on a single day, but across several weeks: from November 17 to December 7.

In the run-up and during the election period, there were riots/disorder/fights between rival supporters in: Blaenavon, in South Wales; in Truro; in Wakefield; in Bristol; in Bolton; in Belfast; in Liverpool; in Wednesbury; in Finsbury, London; in Derby; in Leicester; in Durham; in Tredegar, South Wales; in Barnsley; in Mansfield; in Church Stretton, Shropshire… A rioter was fatally injured in Blackburn (during municipal elections), and; a woman died in Newport, South Wales, after the military charged the mob repeatedly… The small market town of Ripley, Derbyshire, was trashed, with families fleeing for their lives.

The Sheffield Telegraph feared elections were:

‘looked forward to as a day of lawlessness – a day when towns are given over to the mercies of the vilest characters in the distict – a day of hooting, window-breaking, pocket-picking and disgraceful personal violence.’

Calling for the police and magistrates to be tougher, the Telegraph opined that bribing a man for his vote was ‘an innocent act’ compared to stoning people for daring to vote for an opponent.

Told how to vote

Bribery and mob violence weren’t the only influences on voters. For having gained the right to vote, many men discovered they exercised the freedom at their peril.

In the past, the likes of farmers had the ‘choice’ of voting for the man who owned their land, or risking his wrath. Now, that extended to the newly enfranchised, who might find their landlord or employer seeking also to be their MP.

“I hope we may still be able to exercise the franchise in peace openly, but this I say in the presence of you all—if we are to have this combination of masters and mill-owners and managers on the Conservative side, for the purpose of exercising a systematic and organised influence to prevent freedom of election that if these measures are taken and are to be followed up by such proceedings as those at Blackburn, where operatives of Liberal sentiments, and even their wives and daughters, have been turned out of employment and deprived of the means of livelihood on account of their Liberal opinions—then, I say, at whatever hazard and cost, we shall be compelled to secure freedom of election.”

Finally, around the country there were quieter acts of rebellion. It was reported that in Manchester, eight women had recorded their votes (all but one for the Liberals). It seemed their names were on the register by oversight, ‘owing to their resembling those commonly borne by the usurping sex of man’. In Finsbury, more than 15 women recorded votes. The votes were probably declared invalid when the ‘error’ was realised.