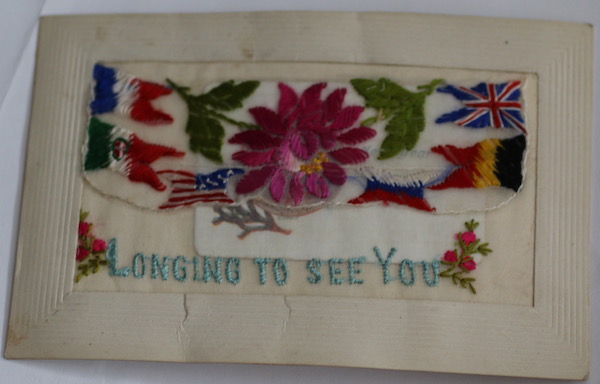 Tom Telford is another of the men recorded on the 1920 Penrith Congregational Church memorial plaque.

It’s ‘just’ one plaque among countless tributes to the dead of the First World War. But, each name was a person, each person had a life and hopes for the future. Each person had a family. Each death was a tragedy.

The Battle of Arras

On April 9, 1917, British Empire forces launched a major offensive around Arras. It ended on May 16.The toll of dead and wounded over those few weeks is hard to comprehend.

In 39 days of fighting, some 300,000 men on both sides were wounded, missing or dead. The British suffered on average more than 4,000 casualties every day, the highest average daily casualty rate of any of their First World War assaults. (source: CWGC.

Tom Telford, of Penrith, didn’t make it beyond Day One.

Who was Tom Telford?

In 1911, at Bank Cottage, Penrith, Tom Telford was aged 17 and a grocer’s assistant. He was living with with dad Thomas W Telford, mother Mary, brothers Ronald, (Henry) Eustace, and John. (There was also a daughter, Alice)

Tom was Thomas William, after his father (who was a hairdresser).

On Wednesday, Mr T W Telford had a letter from his third son, Private Tom Telford, saying he had been wounded in the arm and shoulder. The letter, which had apparently been written with his left hand, asked his father not to communicate with him as he did not know where he would be sent. Private Telford, who is 23, served his apprenticeship with Messrs J & J Graham, Penrith, and afterwards worked for a Liverpool firm. It was from Liverpool he enlisted in the King’s Own Liverpool Regiment (“Pals”).

The records are confusing, but after being shot, he seems to have been sent to Rouen for treatment. He was awarded a Good Conduct badge on Boxing Day 1916. Which was better than 1915, when he put on fatigues for 7 days for an ‘unswept and untidy bed’ in May, and 4 days for leaving the rifle range without permission in August, both at Belton Park.

After his death, the effects sent back to his parents were:

The ordinariness of the list makes it poignant. This was all he had ‘out there’. And this was all his grieving parents got back to remember him by.

Tom’s brother Henry Eustace Telford, a hairdresser like his father, joined the Royal Army Medical Corps in May 1916. His physical development was ‘poor’ and he had a glass eye (left). He was deemed fit for home service only, ‘very unfit for any service’ on one form.

Losing an eye in a shooting accident sounds like a painful brush with death. But at least it spared him from the nightmare of the trenches and being blown up or mown down by bullets in the snow and ice at Arras.

Ebay had a 1906 receipt for sale (£5 starting price) for ‘Telford, hairdresser and cycle agent, 47 King Street’. An unsual combination!

Tom Telford is one of just 59 men buried at Hénin Crucifix Cemetery, Pas-de-Calais. A photo online is captioned ‘soldiers of the Liverpool Regiment who died on 9th April 1917’.