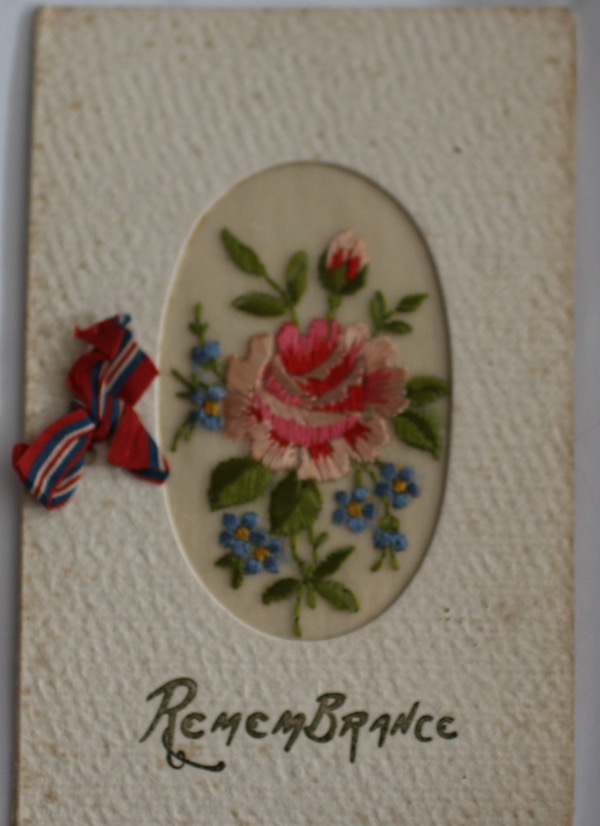 Brunswick Square, Penrith, isn’t famous, or remarkable. On the Penrith Town Trail, it is described as:

A distant uncle of mine grazed cows in ‘a field adjoining Brunswick Square,’ where he also had a hen house. Perhaps it is the fact it is largely unremarkable that makes the following all the more poignant. 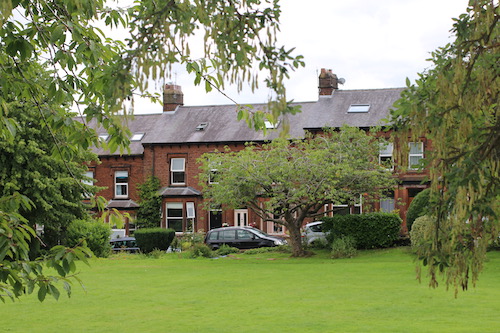 ‘We will remember them’

Penrith Congregational Church unveiled a memorial tablet on September 26, 1920, ‘in grateful memory of the men of this church who fell in the Great War’. The Imperial War Museum has a photo of it.

Here are the stories of two of those named on the memorial. Neither could wait to take part in the ‘war to end all wars’. And when that war began, they (and their parents) were near neighbours in Brunswick Square.

At 19 Brunswick Square, George Irving, 56, was an ironmonger who had been married to Jane for 32 years. They’d had eight children in that time – but lost two.

Ernest was 19 and a land agent’s clerk, but by 1914, had become a journalist on the Herald newspaper, in Penrith.

He was also ‘prominent in football (Greenholme club) and local athletic circles’.

Eager to do his bit

The war was just a few weeks old, in August 1914, when he enlisted into the 18th Hussars. After training in Ireland, he was transferred to the Army Service Corps’ clerical staff – his shorthand and typing skills being put to use. His war record describes him as sober and tactful.

He saw service in France, Egypt and Salonika, before coming home for officer training.

He was 5’ 5” tall, with fair hair and blue eyes, religion: Congregationalist. But it was at Christ Church, Penrith, on July 9, 1917, that he ‘quietly’ married Agnes Annie Atkinson, an estate agency employee who dressed in a black and white check costume for the wedding. They honeymooned close to home, in the Lake District.

He was gazette as a Second Lieutenant in the Border Regiment in a few weeks after the wedding, and initially sent to Liverpool, before being sent to France on August 29.

He was killed on October 5, 1917, aged 25. Perhaps because he had been a journalist, his death was noted beyond the local papers – in the Lancashire Evening Post, and the Yorkshire Post.

The Penrith Observer recorded the words of his commanding officer: he had taken part in an advance and was shot through the heart by a sniper after the position was won. He lived ‘a very few minutes’.

The paper called him ‘genial and affable’.

It also noted that Private W Nicholson, who had been with him when he was shot, was in hospital in Aberdeen, having been wounded in the right leg.

Second Lieutenant Ernest Irving’s grave is at Tyne Cot Cemetery, Belgium: one of 3,605 casualties buried there.

Just a short way away, at 15 Brunswick Square, were the Elliott family. In 1911, Wilson Elliott, 52, a draper (and local councillor) had only been married to his ‘new’ wife Margaret for seven years. But, six children of Wilson’s were living with them: the eldest was Herbert Stephenson Elliott, 21, who was an assistant in his father’s shop, in Middlegate. The youngest was Walter Redvers Elliott, aged 11. There were two daughters and two more sons, William James, 15, and Oswald Wilson Elliott, 12.

It was young Oswald who was to be mourned in Brunswick Square, six months before the Irvings were to suffer the loss of Ernest.

Private Elliott, also of the Border Regiment, was just 18 when he was killed ‘on or about’ April 23, 1917. Unlike Ernest, he has no known grave, but is one of 34,785 soldiers of the forces of the United Kingdom, South Africa and New Zealand, recorded on the Arras Memorial. Initially, he was posted as ‘missing’. Indeed, it wasn’t until February 1918, a full ten months later, that the Penrith Observer reported that ‘he is now presumed to be killed’.

Lying about his age

Ernest Irving was so keen to ‘do his bit’ that he enlisted within weeks of the war starting. Oswald Wilson Elliott was born in the third quarter of 1898, which means he was just 16 when, on March 8, 1915, he enlisted in Carlisle – lying about his age to do so.

The minimum age for enlistment was 18, but you had to be 19 to serve overseas. Oswald was one of something like 250,000 under-age boys to enlist successfully.

Despite his age, he impressed enough to be appointed a lance corporal in July 1916 (still only 17, of course). Only to lose his stripes for ‘misconduct’ the following January – he was treated for rubella around the same time.

In November 1916, his brother Herbert appealed against enlistment, on the grounds that his father was in poor health and the business would suffer unduly without Herbert. It was one of a number of such appeals, enthusiasm for the war seeming to have cooled in Penrith: possibly as a result that firms and farms were struggling to cope with so many young men having left; possibly because by then, the death toll was grim enough for families to realise was was not some ‘big adventure’ that would ‘all be over by Christmas’.

The Penrith Observer of April 24, 1917, carried (as it had the previous week) an advert for Wilson Elliott hosiery and drapery store’s spring range. In May, they were offering their summer range.

No mention that Oswald Elliott was by now missing in action, his family in agony at not knowing, but with hope fading fast.

In December 1917, it was reported that Corporal Harry Tiffin – former traveller for Wilson Elliott – had been killed in the battle of Boulon Wood. His former employer must have been affected by the confirmed death of an employee, while the fate of his son was still officially only ‘presumed’.

The family posted an in memoriam notice in the Observer on April 23, 1918: 12 months to the day he’d gone missing, but still saying he was ‘presumed killed in action’.

Brunswick Square, Penrith: and so many more

How many that rose to by the end of the war – and how many others never made it home – is something I may come back to.

2 thoughts on “Brunswick Square Penrith – and the First World War”