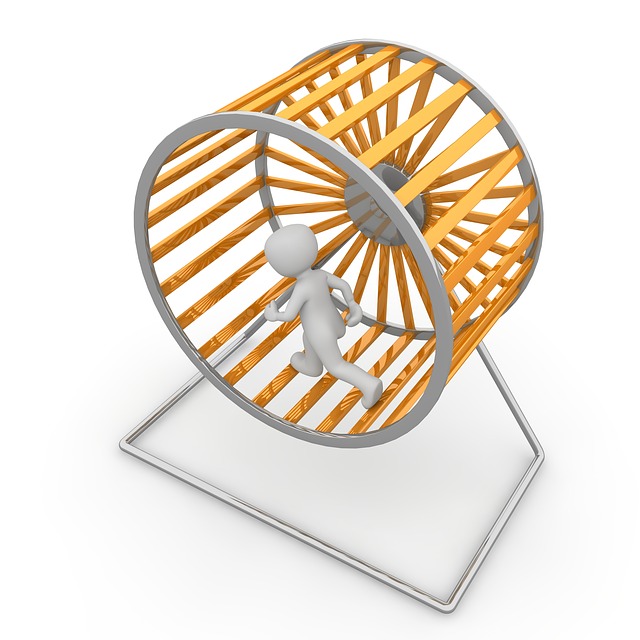 Among the items on the agenda for visiting magistrates in Carlisle in October 1848 was the prison treadmill.

The treadmill was down the list of topics to be discussed, but it is a reminder of this curious form of punishment.

Carlisle Gaol at that time housed 78 male and 21 female prisoners.  Of that 99 total, 14 had been charged, but not convicted of ‘felony’. While six (all men) were there for debt.

Some 16 men and two women were listed as ‘transports’. And the committee reported that one of the latter, Elizabeth Clarke, was to be recommended for release, due to good conduct. Sentenced to seven years’ transportation, she’d spent five years and eight months in Carlisle gaol ‘on account of a scalded head’.

Another item for discussion was the cook’s wages: it was suggested they be raised to 16 shillings a week, with one of the prisoners to assist him. Rather than replace the under cook, who had left.

And then, there was the treadmill

It was reported that it had become less efficient, due to a frequent water shortage. The only way to keep it going constantly would be to put up a small dam. However, a Mrs Dixon claimed the right of water and objected to the idea.

A small dam had been constructed on the Caldew to keep the treadmill working, but Mrs Dixon’s son had pulled it down.

The hearing decided it needed to resolve the issue of the rights to the water before taking any decision.

The magistrates’ chairman thought it very important that the treadmill be kept going, as it was in his opinion ‘the most efficient engine of punishment’.

This enthusiast for the treadmill was E W Hasell, of Dalemain. The nearest thing to dissent came from Colonel Maclean, of Lazonby, who questioned the expediency of using water as a means of punishment. He suggested they consider if water might be put to more useful purposes.

The other 29 magistrates (major landowners, senior Army men, and three vicars) went with the flow (as it were!).

Whether Colonel Maclean thought the treadmill pointless as a punishment sadly isn’t clear. He may have been progressive on punishment. It could also be that he’d have been fine with the treadmill had it been wind-powered.

The treadmill as a punishment

Beyond whatever effect it had on prisoners, the treadmill served little, if any actual purpose. It was like a hamster in a wheel (only with the person on the outside) – with the difference that hamsters choose to run round in circles!

The idea was simply that prison wasn’t in itself punishment enough, or deterrent enough. Forced physical labour kept prisoners occupied and might teach them a lesson.

Dalemain has been home to the Hasell family since 1679.

Edward Williams Hasell the magistrates’ chairman was born on July 10, 1796. He succeeded to the Dalemain estate on the death of his father on December 24, 1825.

Edward was born at Dalemain, and his wife Dorothea (née King) at Askham Hall, Westmorland, but for some reason they married in Lydney, Gloucestershire.

Edward died at Dalemain in April 1872.

Throughout his duties, he demonstrated a ‘manly course of conduct’.

He was ‘deemed severe,’ by those on the receiving end of his court decisions. “But if his alleged severity was compatible with his conduct as manifested in the discharge of his other multifarious duties, it will not bear the test of investigation.”

The treadmill was also known as the treadwheel, or the ‘everlasting staircase’. The illustration I have used of a person inside a wheel is, of course, wrong. Prisoners walked on the outside of the wheel, not inside. However, the image I have used is free of copyright issues!