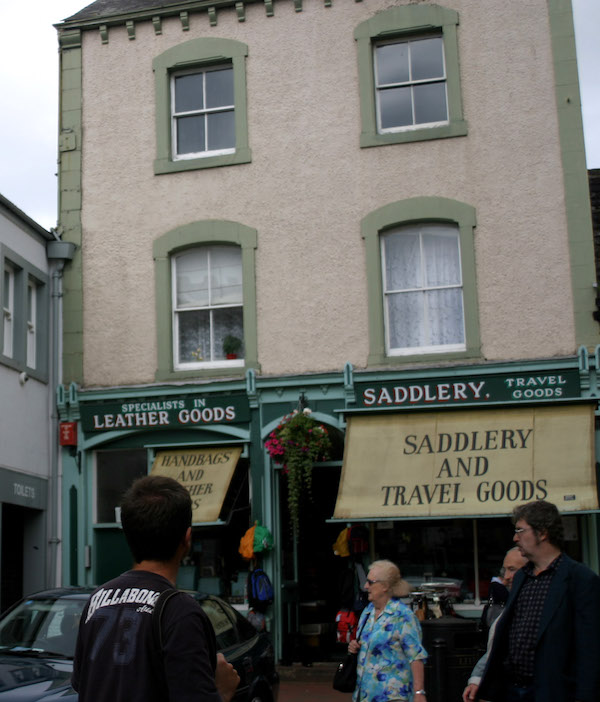 Consumption (aka tuberculosis, or TB, or phthisis) is surely the only illness ever dubbed a ‘romantic disease’. How it get that reputation? And what was the reality?

As a somewhat cynical teenager, studying English Lit, at school, it seemed kind of compulsory for tragic heroes/heroines to die of consumption.

OK, it was probably Wuthering Heights gave me that impression that sooner all later, all characters in 19th century novels would cough into a handerkerchief and find they were coughing up blood.

With Emily Brontë herself succumbing to the ‘romantic disease’ – along with sister Ann Brontë, poet John Keats, and a host of other writers, composers, artists and/or their loved ones – consumption has even been called ‘the romantic disease’.

There’s an interesting article on consumption and Romanticism here .

But possibly, it was just an early example of a concept that continued into the 20th century of ‘the good’ (screen stars, pop stars) achieving greater ‘immortality’ by dying young.

Consumption (TB) the reality of the ‘romantic disease’

In reality, an extremely painful and unpleasant pulmonary infection is surely about as romantic as… well, if you’ve ever suffered a bout of inluenza, you know how ‘romantic’ that is.

Symptoms include fatigue, fever, weight loss, night sweats, and ‘of course’ coughing up blood. It is spread by the decidedly unromantic means of bacteria released into the air by a sufferer’s coughs and sneezes.

One of my favourite authors, Katherine Mansfield, died of consumption (TB) at just 34. There is nothing romantic about the suffering she endured. She died of a fatal pulmonary haemorrhage, in 1923.

The reason it was so ‘big’ in the 19th century is because it is a disease that thrives in overcrowded cities with poor hygiene. ie most urban areas in Industrial Revolution Britain and elsewhere.

Rachel Peat was born at Port Carlisle in 1836. She married her first husband, John Matthews (born Kirkbride, about 1835) at St Michael’s Church, Bowness-on-Solway, on April 30, 1860.

John Matthews was a tailor and for some reason, they moved to the East End of London.

Consumption was a killer in Cumberland, too. Joseph Pears (born 1830) was a well-known veterinary surgeon in Penrith. He and his wife Mary Ann Longrigg lived into their 80s. But, of their seven children, three died at Redmayne House (no 15) Little Dockray, Penrith, within the space of 11 months.

Ada Pears was 31 and died in August 1895. I don’t know the cause. But for sure when sister Annie Pears died in January 1896 (aged 26) and sister Emma Pears died in July 1896, the cause each time was recorded as phthisis.

Poor Joseph was ‘in attendance’ at both deaths. As a vet – and indeed official cattle inspector – he must have felt especially helpless, unable to treat his daughters during the two years (Emma) and nine months (Annie) that they were suffering before their deaths. It’s hardly likely he considered consumption a romantic disease.

Thomas Bell was 38 when he died at his mother’s house, at Glassonby: see this post for the full story.

You didn’t have to live in city or busy town to contract the ‘romantic disease’.

Back in 1818, the Westmorland Gazette reported that: ‘in no county are there more young women of the rural population who fall victim to pulmonary consumption. Many a rural beauty have we seen whose bloom was by the better half a hectic bloom’.

The ‘hectic bloom’ is perhaps a reference to anaemia.

The Gazette blamed (at least in part) overheated, airless homes. And applauded a new invention it thought could help.

Dr Arnott’s new fire-places consisted of a glazed metal frame blocking off the open grate from the room. An external tube fed air to the fire, with ventilation openings near the ceiling. You could open the frame to get at the grate when needed.

You can read about Dr Neil Arnott (a great social reformer, who also invented the water bed) here.

Finally, a word on treatment, in the days before anti-biotics. It was widely held that fresh air, rest and good food would give the patient’s immune system a chance to recover. It may not have been enough, but it had to better than patients staying in cold, damp, crowded environments. If you had the financial means to travel to the Swiss mountains or French riviera to escape the British winter, that is.

James Irving was born about 1835, at Bowness-on-Solway/Port Carlisle. Apprenticed to a druggist, he diverted his attentions to sharebroking and when he died in 1877, his ‘effects’ were recorded as ‘under £30,000’.

He was only 42 when he died at Davos Platz, Switzerland. There’s no death certificate readily available, but Davos was then famous as a resort (in the sense of resorting to) for people suffering from consumption. One can only assume he opted for Swiss mountains rather than Cumbrian mountains because of the facilities offered in the former.

You can read about James Irving’s unusual will in this post.

Edward Lawson, baptised 1832 Bowness-on-Solway, was a ‘young man of promise’ when hed died aged just 20, on April 11, 1852, in Malta. He was on way home from Egypt, where he had been for the benefit of his health – the Cumberland Pacquet recording that he died of consumption.

One thought on “Consumption – a far from romantic disease”