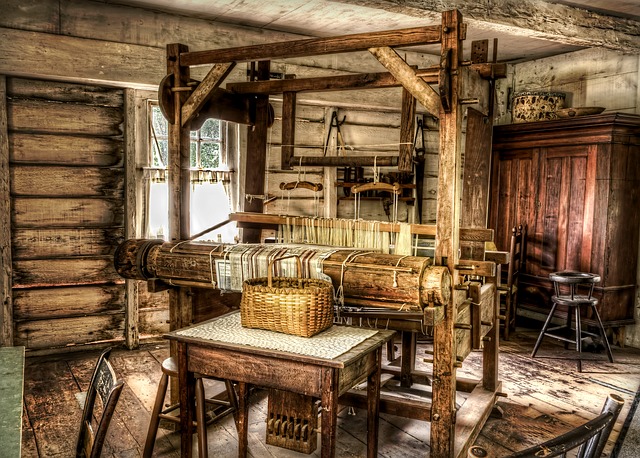 ‘Affray at Kingstown Carlisle’ probably isn’t going to be top of anyone’s search terms online. But if you’ve chanced on this post, you’ll discover it had a turbulent past…

Neighbours, everybody needs good neighbours, with a little understanding… Indeed. But when you live in a small community, tensions can rise. And once a feud starts, it can spiral into a huge mess.

Today, a suburb of Carlisle, in the middle of the 19th century, Kingstown was a hamlet. It housed a number of ‘weaving shops,’ and many of the residents gave their occupation as ‘weaver’.

There are just 80 households on the 1851 census – yet it had a notoriety in the local press and the local magistrates despaired of hearing its name.

The first story I chanced up on took place in 1853.

Under the heading ‘Affray at Kingstown Carlisle,’ a County Magistrates’ Office story records that Joseph and James Pridholm were charged with assaulting Edward Carr and causing ten shillings’ damage.

The case was that there had been a scuffle, started by one of the Pridholms, and in the course of that, someone fell on Carr’s gate and broke it.

What made it interesting was that the Pridholms weren’t the first people to be brought before the magistrates in relation to the Carrs.

Joseph and James had ‘manifested a desire to annoy Carr and his family’ and ‘when he resented the annoyance,’ one of them hit him.

It was suggested to the court that Carr had suffered repeated ill-treatment by folk in Kingstown, with the counter-suggestion that he brought it all upon himself as he quarrelled with everyone.

The Pridholms were bound to keep the peace for six months, and were ordered to repair the gate.

One of the magistrates, the Rev W Rees, said he thought they’d bound over nearly all the people of Kingstown.

A quick look at the 1851 census shows James Pridholm, 30, and Joseph (either 18 or 28) were cotton weavers, born respectively in Brampton and Walton.

They were lodging in Kingstown with a young widow called Sarah Birket, 29, who would have needed the money for herself and her two-year-old daughter Jane.

Edward Carr was a retired blacksmith and a gentleman, aged 51, living in 1851 with his wife Hannah, 49, and children Jane, 11, and Michael, nine. He owned property in Kingstown that he rented to tenants, along with weaving shops.

Rewind to August 1845, and you find Isaac Carter being jailed for one month, with hard labour, for breaking a door and shutter belonging to Carr.

There’s nothing shows up for a while then, but in July 1850, there was a veritable crimewave in little Kingstown!

A Sarah Nelson had torn the bonnet off a Jane Faulder, and grabbed her hair. It had taken the efforts of two men to make her let go!

A weaver called John Ward was cautioned for stealing two brushes and two brushes, ‘to get drink for the time’.

And… Edward Carr was charged by wife Hannah with assault. It seemed they were ‘in the habit of quarrelling’ and frequently came to blows.(In 1839, Hannah Carr had been jailed for six months, with hard labour, for shoplifting).

In court, they accused each other of incontinence (possibly not what that suggests today!). Carr offered Hannah 4s a week to move out, but she refused, saying “all she wanted was peace.”

That peace didn’t last long. In August 1850, Thomas Douglas, William Scott, and John Kirk were accused of assaulting Edward Carr while drunk. Carr had accused them of pelting him with stones and dirt. The case was dismissed, with Rev W Rees telling him: “It’s clear this is another of your drunken broils.”

‘Another Affray at Kingstown Carlisle’

Just two months later, in October 1850, and Edward Carr was in the dock, accused of trying to assault toll bar keeper John Mason, and breaking his windows. Carr’s face was disfigured and bruised, as if he’d been beaten up.

Mason hadn’t seen Carr break his windows, but heard his voice, among others outside. After he’d gone for the constable, Carr had thrown a shovel at him and shouted he’d murder him.

Carr had also told Mason he’d jumped out of a window – Mason suspected that’s why he was injured.

Carr claimed he’d been beseiged in his house by several people, and after defending it a while, had been forced to exit a rear window to escape.

The constable said Carr had barricaded himself in with all the furniture.

The bench said it was clear there had been ‘a great row,’ but decided Carr should be bound over for three months.

After a lull, things kicked off again in April 1851, when Thomas Scott was charged with assaulting Carr – by throwing the contents of a chamber pot at him.

Carr said he’d been working in a tenant’s garden, next to Scott’s, but denied digging up Scott’s rhubarb. Scott was found guilty and bound over to keep the peace for six months.

He didn’t manage it. In August, the Carlisle Patriot reports: ‘Rioting at Kingstown’. Thomas Scott, William Scott, John Scott, Joseph Foster and Richard Stephenson were charged with breaking 59 or 60 windows belonging to Carr by throwing stones at them. Their gripe was that Carr had raised the rents on his properties. All five were bound over to keep the peace.

John Scott was back in court, under the heading ‘Kingstown Again!’ in September. He and a George Graham were charged with removing a flagstone belong to Carr. Graham said it was his flagstone, Carr had removed it and he was just taking it back. Around fifty people had gathered to watch the quarrel: Carr called them all ‘blackguards’.

The case was dismissed, but next up was Carr, accused of grabbing Graham’s young son by the neck, throwing him into a hedge and kicking him, after the boy used Carr’s pump to get water. Carr said the child had threatened to knock his brains out with a brick. Case also dismissed.

Which brings us to where we came in: the Pridholms, who had yet to replace the broken gate in May 1853, when Sanders Scott admitted throwing a stone at Carr, knocking him to the ground, stunned, after being egged on (Scott said) by Thomas Forster. Scott was fined 40 shillings, and Forster bound over.

In November 1853, three lads throwing sods at each other hit the side of Carr’s newly whitewashed house with a fair few of them.

A year later, Edward Carr (and others) put up for auction all their dwelling houses and weaving shops in Kingstown. You’d hope that was the end of the troubles, but no.

In September 1856, a ‘grown-up lad’ named John Hughes was convicted of throwing stones at Carr’s house, breaking a window.

One magistrate said there seemed to be a gang at Kingstown out to annoy Carr, but the bench were determined to protect him.

At what point Carr gave up is unknown, but on the 1861 census, the family show up in the parish of Kirklington. Hannah died in 1863, ‘late of Justus Town Hall, Kirklington’.

Edward looks to have died in the county asylum (five days after being admitted), in December 1877. The box ‘pauper’ is ticked.