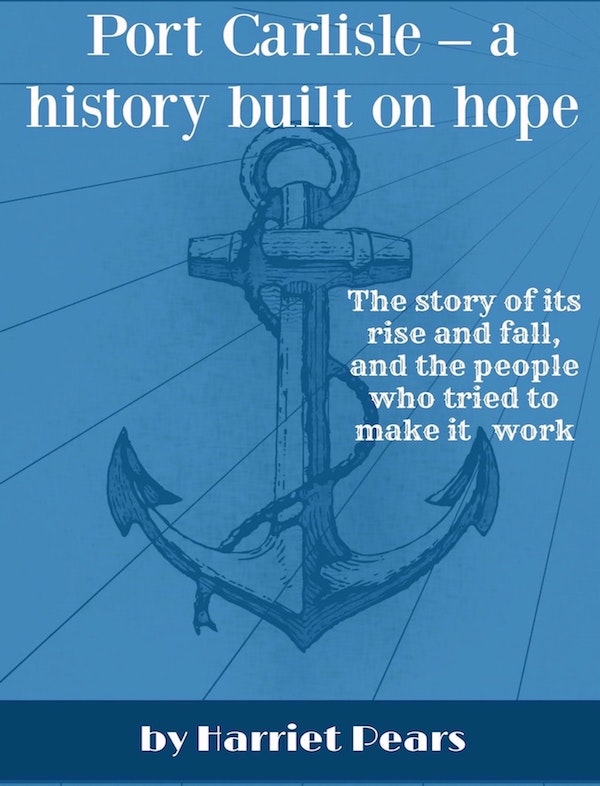 Port Carlisle – a history built on hope is my new book, written because it’s something I wish I’d been able to find in bookshops in the past.

There are some excellent books about aspects of life along the Solway coast – I’ve bought them! But they focus on specific topics only, like sailing vessels, or old postcards (without much text). And while other books cover aspects of Port Carlisle history, no one else seems to have written a book with the village as its main focus.

Nor have other authors looked greatly into the people who lived there, who built Port Carlisle up from nothing, who tried to make it work against the odds of newer innovations, vested interests – and sand.

Port Carlisle – a history built on hope covers the rise and fall of the village, which until the early 1800s didn’t exist at all.

It’s a remarkable story, really: how a remote spot on the Solway coast, with just two houses, was touted as having the potential to be a ‘second Liverpool’. It’s also remarkable how it grew from nothing to being a busy port, and declined to being a quiet village, all in the space of a few decades.

Port Carlisle – a history built on hope covers that rise and fall, with chapters on the Carlisle Canal, on the Port Carlisle Railway, on the Dandy, on the Solway viaduct, on how the village tried to be a seaside resort, on fishing… and on manure!

It focuses heavily on the ‘human interest’ side of those stories. You won’t find great technical details about railways, for instance, but you will learn who backed Port Carlisle. And who didn’t.

From ship owners to Jack the Ripper (maybe!)

The second part of Port Carlisle – a history built on hope looks in detail at some of the key people connected to Port Carlisle, either its prosperity or just by having lived there.

They are: Peter Irving, the shipowner: Peter John Irving, the White Star Line captain, and; Jeffray Peat senior, of the Steam Packet inn and the Hope and Anchor. There are also chapters on other members of the Peat family: Jeffray/Jeffery Peat junior; Elizabeth Peat (née Elizabeth Simpson); and the Peat twins, Ann and Rachel, who between them had six husbands.

There are also chapters on some near neighbours: Pattinson Lawson, of Bowness Hall, and the Pattinsons of Westfield House.

There are stories of riots, bravery, drownings, elopements, and even a possible connection to Jack the Ripper!

Port Carlisle – a history built on hope: where to buy it 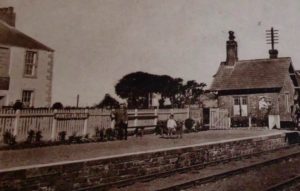 Old postcards mostly used the railway as their subject

The paperback version has photos and other illustrations: I’ve kept these mono, to keep the print cost (and therefore cover price) down. The old photos were, of course, mono in the first place. The UK price is £6.50, it’s also available in other Amazon marketplaces  (eg $8.50 USD).

There’s a short video on the book in the sidebar of this website. Or, you can watch it via YouTube: