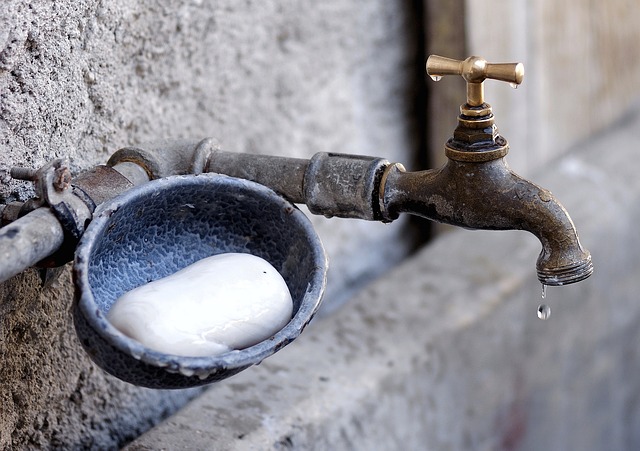 Middens, for anyone unfamiliar with the word, are heaps (large piles) of domestic waste material – mini rubbish tips that could include human excrement and animal waste, as well as kitchen waste and anything else thrown out by households.

And in the 19th century, these festering dungheaps could be in the street, or yard by your house.

My previous posts on the 1849 inquiry into the state of sanitation in Carlisle covered:

The fourth and final part: middens

The 1849 Carlisle inquiry refers to cesspools, and to middens. Cesspools were sewerage pits. Middens were rubbish and effluent piled up above ground.

Houses in those days might have a dedicated ‘privy’ (toilet) out the back. But, where you had overcrowded houses, you had a LOT of people using one glorified hole in the ground.

Ash pits were emptied at best once a month: these seem to have more than just piles of ashes from coal fires etc.

The presence of 16 slaughterhouses within the city area didn’t help when it came to public health.

Some streets did have drains – in Botchergate and Caldewgate, these were open, not pipes. And all these drains ran into the river Eden (or the Petteril, and thence the Eden).

It was from the Eden that the city got its drinking water.

Just over 3,000 homes had a water supply (remember, the population of Carlisle was then just under 30,000 people).

And 20 private dwellings had baths (with a water supply).

Fond of his middens!

The inspector (Robert Rawlinson) had told day one of the inquiry how he’d seen ‘disgusting sights of human and other filth lying on the surface,’ describing middens as ‘masses of filth’.

But, one eminent Carlisle citizen believed his middens were a cut above the rest – and for him, the new-fangled idea of sewers had no appeal.

Mr Rowland told the inquiry that he liked things as they were. In Eden Street, all his drains and middens were well covered, and the ashes regularly taken away and spread on the land.

The inspector recommended receptacles for dry ashes be put out around the town: profit could be made from them. Cesspools should be filled in, and control (and rights) over refuse should be controlled by the health board.

He said accumulating heaps of filth and stinking matter led to the spread of typhus and cholera.

When refuse (and effluent) from houses was taken away daily and hourly, health improved.

Mr Rowland said each of his middens had a chimney. Mr Rawlinson said that was even worse: noxious gases from the fermenting refuse would be emitted from the chimneys, falling then like flakes of soot, to the detriment of those near them.

Mr Rowland was also concerned that in times of flooding, filth from sewers would flow into the streets (without worrying, it would seem, what would happen to his middens if the street flooded).

In fairness to Mr Rowland, he was also concerned about smoke from factory chimneys – he thought all should be at least 65 feet tall, to reduce what fell on the city.

A final topic of concern

Various speakers at the 1849 sanitation inquiry then criticised both the brick duty (tax), which made improvements more expensive. And criticised the Window Tax, which reduced indoor light and ventilation.

Edward Hervey Rowland was living in Eden Street, Rickergate, on the 1841 census, aged 45, with his sister Catherine Rowland, 40, and two domestic servants. He was of independent means.

1851 specifies that it was number 8 Eden Street.

Edward died in 1874, aged 79 – without a death certificate, I have no idea of the cause. But given his age, his middens hadn’t done him any harm!

Those present at the inquiry:

Robert Rawlinson, the inspector appointed the General Board of Health.